SEPTEMBER 2015: Often, when I have an evening in, I find myself flicking through the TV channels and stop flicking when I get to ‘8 Out of 10 Cats Does Countdown’.

Knowing that it features Joe Wilkinson, there will be no immediately apparent reason why I should turn off and go for a run.

Over the last 18 months, Joe has become a regular at Brighton & Hove parkrun.

I was chuffed when he agreed to an interview.

Joe, I understand you got married a few weeks ago. Congratulations! How was the wedding? Was it a low-key affair or were there lots of celebrity mates there?

Ah, thanks. I got married to Petra at Brighton Town Hall at the end of July. We then had a fairly low-key do in Cooksbridge. We were very lucky as that was outside and it turned out to be a lovely sunny day.

And a honeymoon straight after?

Yes, we had 10 days on the Amalfi Coast, which was stunning!

Joe, I have to say I was a little nervous about the prospect of you turning up today with a selection of random props! You have a very individual style as a comedian.

Of course! Is it all totally natural? To what extent do you portray the real Joe and how do you come up with such bizarre material?

It’s most definitely just a character that I play for my job. I always thought of my childhood as quite mundane and I suppose I’ve built on that. I try to be as inventive as possible. It’s about 4 or 5 years now that I’ve played that character, which has evolved into a tramp. If it was the real me I’d be dead by now! And I’ve made a rule that I’ll never be ‘myself’ on TV, so for example I won’t be interviewed as myself on a chat show. That way, I can keep my job and personal stuff separate.

When you’re not working, do you still like to make people laugh? Or do you prefer to switch off and keep the comedy antics for stage?

I try to make the Mrs laugh! To be honest, I prefer other people making me laugh!

I know you’re currently writing a new sit-com. What can you tell us about that?

It’s about a group of non-league football fans, in a bar before and after each game. The main character is losing his friend to a new partner. We’ve got some great people involved. It takes place in the Peak District and filming’s going to start in November, finishing late December. It’ll be on TV next year.

Have you always worked as a comedian or did you start out doing something completely different?

I had lots of jobs but I was mainly a Graphic Designer, which is what I studied at art college in Bristol. As a kid I was always obsessed with art. I didn’t tell anyone when I did my first stand-up comedy gig. I got into it late… at 30.

What do you do in your spare time?

I don’t actually have much spare time these days. Petra and I just like to be out and about, exploring Sussex. We’ve not long moved to Brighton from London and have found there’s so much to see down here. I’m into football as well. I support Gillingham and like to watch them. But I also recently got involved with Burgess Hill. They’ve been really helpful with the research I’ve been doing for the show – especially ‘Burgess Hill Dave’ who runs it. They got promoted last season but aren’t doing too well at the moment.

With such a characteristic appearance, it must be impossible not to get recognised when you’re out running? Does that bother you?

Ha ha, not at all. I know everyone now!

Do you do much running apart from parkrun?

I run about 3 times a week at the moment. There are about 14 or 15 of us, including Petra, who go out every Tuesday. We do that run with a staggered start, the slowest setting off first, so we all hopefully finish together. We’re training for the Brooks 10k in November, and are currently up to about 7.7k. I also do my own run, usually on Thursdays.

Why is running important to you? Are you competitive, do you see it as a social thing, or is it more just a way of keeping fit?

I’m not competitive at all… well, just with myself. I find running very sociable, which is why I love parkrun.

I saw you in the Brighton Half Marathon in February. Is that the furthest you’ve run?

Yes, and I’ll probably do it again next February.

Do you fancy giving the marathon a go?

I’d like to do a marathon one day, but probably not next year.

Well, we organise training over the winter for the marathon and the half marathon. You could come running with us on Sunday mornings – the beard will keep you warm up on the Downs!

I know you run for the local Amaze charity. What’s that all about and how did you get involved?

I found an envelope with my name on it on my car windscreen. Someone from the charity had heard roughly where I lived. They asked a neighbour which house was mine; he didn’t know, but he knew which car was mine. It was a letter asking me if I’d like to get involved with a local charity gig at the Komedia in Brighton, which I did. That was in October last year. They’re lovely people. The charity, based in Brighton, provides support to families of children with disability. After the gig I asked if there was anything else I could do for them, and that’s how I got to run for them in the Brighton 10k and half marathon. In fact, Amaze are putting on another comedy night at Komedia, 22nd October. I’ll be performing there again with some other brilliant comedians.

Joe, it’s been a pleasure and a privilege to chat with one of the funniest people on TV. Keep up the good work you’re doing with Amaze, good luck with the new sit-com and I wish you and Petra lots of happiness together! See you at Komedia! Oh, and make sure you come and join RunBrighton for the odd Sunday run! 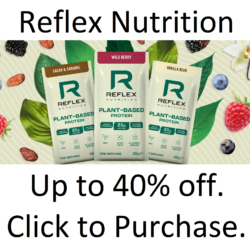 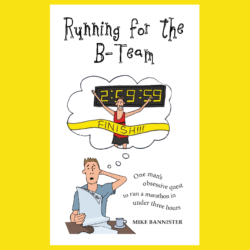